There are many ovarian cancer awareness organizations in NJ holding events over the next few weeks toraise awareness and funds for research. Check below for an event near you. 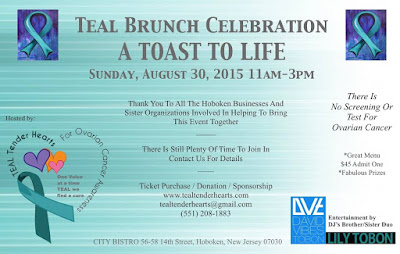 If you know of other events taking place in NJ please contact me with the information and I will update the page OR simply include the information in the comment section of this post. Thanks!

Dee
Every Day is a Blessing
Posted by Dee at 7:29 PM No comments:

Last year, I had the privilege of attending the Stanford MedX Conference as an e-patient and IDEO Challenge participant. I wrote two posts about that experience here on my blog (MedX - A Place for Conversations  , Design Thinking and Health Care- My MedX IDEO Challenge Experience)

While other e-patients prepare for the MedX Conference this year I started to reflect back on my experience and what impact it has made on my role as an e-patient and cancer advocate.

While at MedX I didn’t just develop friendships with other e-patients who were cancer survivors . I learned what is was like to live with rheumatoid arthritis from Annette McKinnon, the importance of patient safety from Meredith Hurston (my roommate), the difficulties patients with prosthesis experience from Joe Riffe and our rights as patients to use and analyze our own data from diabetes e-patient,  Doug Kanter.

Putting It Into Practice
I read two books and a number of articles on design thinking in preparation to the MedX IDEO challenge. (Thanks Dennis Boyle.) But actually putting that type of thinking into practice at the conference was invaluable. I loved working in a team to come up with a solution to my problem: How Might We help cancer survivors understand what to expect after treatment ends?


To this day I find myself putting design thinking into practice as the co-moderator of the #gyncsm community / chat. I have even used it when discussing problems and their solutions in the 55 + community I belong to. When I read health articles online I wonder if the authors asked the patients/survivors what information would be important to them. I actually asked a question along those lines at an ASCO Annual Meeting session on integrating survivorship care plan information into electronic medical records. By the way , the researchers said they had not asked the patients what information was important to them. I suggested they may want to ask them in future studies.

I hope that all the e-patients who attend this year’s Med X conference will not only share their stories with others but will be open to the stories of the other conference attendees. Those stories may move you to tears or make you laugh but I assure you they will make an impact on your life. Oh and don't forget to take Zoey for a walk! 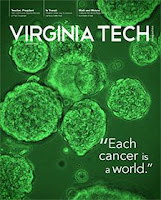 Part two of my  interview with Dr Eva Schmelz (Virginia Tech) regarding her ovarian cancer research. You may find part one here.