This post will also be appearing on the SGO blog page.

I celebrate my cancerversary on the day I was diagnosed. I remember that day quite vividly. I also remember the words my gynecologic oncologist, said to me in the hospital recovery room. It was around noon on Friday, July 29, 2005. She said,  "Dee, I am sorry. I found ovarian cancer. You are stage 3B.” Then she went on to say, “But I will do my best to make you well." And that is what she and her colleagues at the Rutgers Cancer Institute of NJ have done. They made me well in 2005 and again in 2008 when I recurred on my liver and spleen. They continue to make me well to this day helping me through the side effects of chemotherapy and dealing with the fear of recurrence. They are my lifesavers.

Two Women of Teal Can Make a Difference

On Monday, I attended a Lunch with a "Twist of Teal" held at the Cancer Support Community - Central New Jersey in Bedminster, NJ. A lunch of delicious wraps and salads was served to participants who met in the comfy main house. The meeting was billed as a time to share ideas about future programs for gyn cancer survivors at CSC.

This luncheon occurred because of two women, Lynn Franklin and Carole Fagella. Two survivors who cared enough about their fellow gynecologic cancer survivors to approach Ellen Levine, program coordinator at CSC and ask about having a gathering of survivors and possibly reinstating the gynecologic cancer support group that had been discontinued because of low of attendance. (I attended this group regularly when I finished treatment in 2006 and continued until 2010 when I moved an hour away from CSC.)

More than 15 gynecologic cancer survivors shared a meal and their stories. The hour long lunch lasted almost 2 hours as the women introduced themselves, shared advice, information about dealing with side effects and clinical trials. When Ellen asked if the women would like to meet again there was a resounding "YES!".

I am thrilled that gynecologic cancer survivors will once again have an support group  at the CSC. They will meet the 3rd Monday of each month. Call 908-658-5400 for more information.

Thank you Carole,  Lynn. And Thank You Ellen and the staff of  CSC for providing a place for gyn cancer women to meet and share !

Dee
Every day is a blessing!
Posted by Dee at 3:37 PM No comments:

I recently learned of a gynecologic cancer support group for patients and their families that is run by the  Cooper Cancer Institute in Voorhees, NJ.  In addition to survivors sharing their experiences and helpful information , each session includes speakers covering topics such as nutrition, genetics, emotional support etc.

Click on the photo for more information. Directions to the Ripa Center for Women's Health and Wellness is located here. 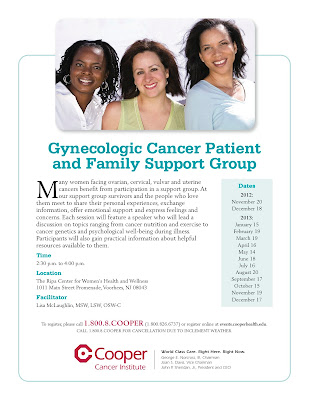 I am happy to see another group in my state available to support women with gynecologic cancers.

A Special Member of My Team

This post first appeared on July 11, 2013 in the blog section of the Society of Gynecologic Cancer website.


A Special Member of My Team

The first day I went for chemotherapy I really didn’t know what to expect. Two weeks earlier I had surgery and learned I had ovarian cancer. I hadn’t had time for a tour of the treatment area so I was a bit nervous.
I was led to my seat in the bright sunny treatment area of my cancer center. My oncology nurse instantly made me feel at ease. She explained step by step what would happen that day, patiently answering my questions, bringing me a glass of water, a pillow and a blanket. She told me how long the infusions would take and which premeds I would be given. Then she accessed my port, drawing blood for some tests. When the results of my blood work came back normal, she explained that she was sending the chemotherapy orders my doctor wrote to the pharmacy. That is when I learned that my chemotherapy drugs were not sitting on a shelf premade but were made just for me right down the hall in the pharmacy.
As the infusion continued I wondered how I would keep straight the daily medications I took along with the medications I would need to take after chemotherapy such as anti-nausea pills. When I mentioned this to my nurse she told me she would have a pharmacist stop by to answer my questions. That is the first time I met Mike. He answered my questions and provided me a chart listing all the medications I was taking and the time of day I should take them. He explained which drugs could be taken together and which must be taken alone or with food.
When I recurred a few years later Mike once again stopped by on my first day of chemo with a new sheet listing the medications I was prescribed and when to take them. Three weeks later when I had an allergic reaction to my chemotherapy Mike was the pharmacist they called. It was calming to see a familiar face ready to get me through a tough time.
Mike is not just a licensed pharmacist but he has gone the next step and become a board certified oncology pharmacist. I didn’t know a certification of that type was given but I am happy that Mike and his experience as an oncology pharmacist is a member of my health care team.
Watch this SGO video “On Your Side: The Gynecologic Cancer Care Team” to learn more about other members of a gynecologic cancer survivor’s health care team.
Dee
Every Day is a Blessing!
Posted by Dee at 9:00 AM No comments:

I enjoy watching science fiction shows. When I got home from my trip I decided to catch up on some episodes of SYFY channel's Warehouse 13 that we had on the DVR. I love the show.  The series story line revolves around agents who look for artifacts, from various periods in history, that have supernatural and sometimes weird powers. The artifacts are stored in a warehouse in the mid-west. The agents always seem to get the artifact and just in the nick of time too.

So here I am watching the 19th show this season  and Myka, the young main female agent, turns to her partner, Pete, after he asks her what is wrong and she says "I have ovarian cancer." (I must have missed the episode where she went to the doctor but it was mentioned that she had pain.) Oh man! I'm thinking I have enough of this in real life I don't really want to have this in my science fiction shows too.

I continued to watch the next and last show of this season- The Truth Hurts (Season 4 show 20). Pete is told that there is an artifact that can cure Myka's cancer. He ends up releasing a "bad guy". The show ends as you see Myka being rolled into the operating room. I have to wait until 2014 to see how everything works out.

Here are the actors Eddie McClintock (Pete)  and  Joanne Kelly ( Myka) talking about the episode. It includes a clip from the show where Myka heads off to have her surgery. I got a heavy feeling in my stomach after watching it the first time and it happened again when I watched this video. I remember how that feels - having surgery and the unknown of what will happen.

I just hope that when the season resumes in 2014 they will show a strong Myka and maybe a segment that will show Myka and her gynecologic oncologist  choosing which treatment is best for her.  I wish her well. ( Yes, I know she is just a TV character but after 4 years she is pretty real to me.)

Of Quilts and Teal

Over a year ago I discovered the blog "Wanna Walk Along" written by ovarian cancer survivor, Judy Peterson. I loved reading her blog because in her posts she shared her faith, her journey with ovarian cancer and her love of quilts. We never met in person.She lived in Iowa and I in NJ. But we had a lot in common and I enjoyed following her posts.

I received an e-mail just the other day letting me know that Judy had passed away on June 23, 2013. Here is a link to her obituary :http://www.rushfamilycareservice.com/obituaries.aspx?turl=http://hosting-24653.tributes.com/show/judy-e.-peterson-96027527

It saddened me to read that another talented women ( wife, mother, sister, aunt, friend)  lost her life due to ovarian cancer.

Here is a quote from her blog.
"I'm not certain how you define survivor except that I live each day joyfully. That seems a good way to survive "

Thank you Judy for sharing your joy with others. I will miss reading your blog.


Dee
Every Day is a Blessing!
Posted by Dee at 5:24 PM No comments:

Lunch with a Twist of Teal 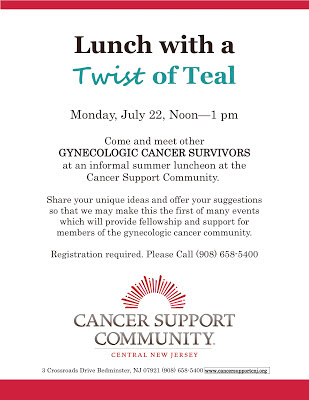 I plan on attending and hope to see some new faces and some old friends too.

I accompanied my son to Perth Australia where he gave a presentation at the Sourcing Emotions Conference.Words just don't seem adequate for this beautiful country so I chose to use photos instead.
A big thanks to the people of Australia who made me feel so welcome. 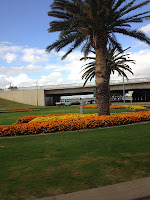 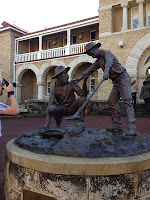 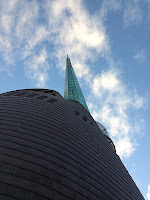 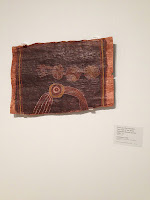 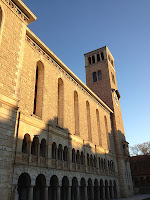 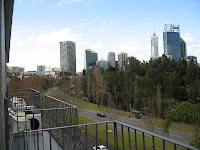 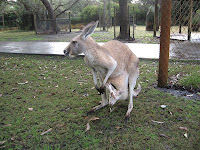 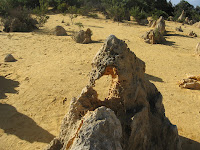 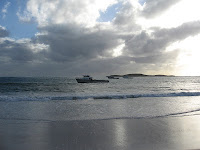 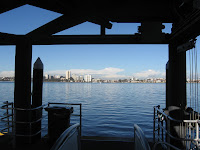 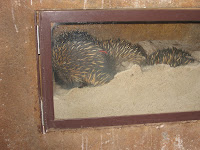 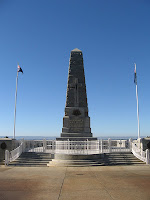 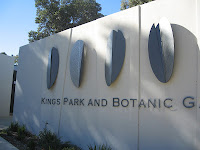 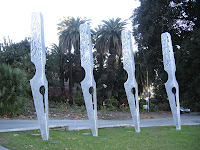 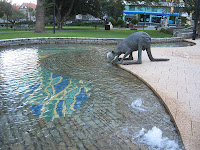